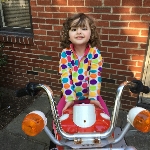 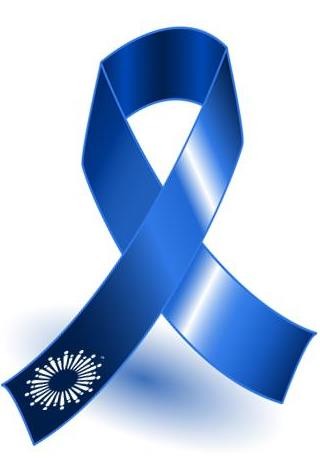 When Emma was 18 months, she had growth on her hip.  Matthew and I took her to a pediatric dermatologist, because our pediatrician thought it was a Molluscum.  However during the visit, this was unclear.  The doctor took a tissue sample and sent it for biopsy.

The dermatologist called as soon as she received the results, and told us Emma has Langerhans Cell Histiocytosis, LCH.   Also, in order to make sure the diagnosis was accurate she had already sent the tissue out to a doctor in Virginia who specializes in this type of histiocytosis.  This doctor confirmed the orginal labs diagnosis.

She also told us immediately to make an appointment with a pediatric oncologist.

As most of you can imagine, this is a parents worst nightmare.

Because of the rarity of LCH, we have seen the best doctors in the country from Morgan Stanley Children's Hospital in New York to the Jimmy Fund in Boston.  Just so you are aware, there are very few pediatric oncologists in the United States, who specialize in LCH.  Emma now has a great team of doctors, we see every three months.

Also, we are very fortunate because as of today, Emma's LCH is single system only.  The LCH is in her skin. Emma, has very few symptoms, and is currently only being monitored by her dermatologist and her oncologist, without an aggressive treatment plan.

In the scheme of this disease, we are very very fortunate Emma has had little to no progression with her LCH.  However, there are other families out there who are greatly impacted by LCH and other Histiocytosis Disorders.

Emma would like to donate her birthday presents, so other kids don't have to go to the doctor as much as she does.

Here is a brief description of histiocytosis and some facts on LCH.

Histiocytic disorders are a group of diseases that occur when there is an over-production of white blood cells known as histiocytes that can lead to organ damage and tumor formation. This group is made up of a wide variety of conditions that can affect both children and adults.

How common is Langerhans cell histiocytosis?

How is Langerhans cell histiocytosis treated?
Some children with low-risk LCH—for example, affecting only their skin or a single bone—will improve without therapy. If just a single bone is affected, surgery is usually the first step. The surgery is used to confirm the diagnosis and remove the dendritic-cell growth. Doctors watch the child carefully afterward to check for a possible return of LCH.

For LCH that involves more than one area of the body, the best treatment is chemotherapy (chemo) that lasts about a year. High-risk LCH often requires stronger chemo to cure the disease.

Chemotherapy (“chemo”) — uses powerful medicines to kill cells or stop them from growing (dividing) and making more cells.
Chemo may be injected into the bloodstream, so that it can travel throughout the body.
Some chemo may be given by mouth.
Combination therapy uses more than one type of chemo at a time.
What are the survival rates for Langerhans cell histiocytosis?
About 99 percent of children with low-risk LCH survive.
The survival rate for high-risk LCH is about 80 percent.

While the search for more effective treatments and, ultimately, a cure continues, the Histiocytosis Association is dedicated to supporting and empowering the patients and families who live with these devastating diseases every day.

Please help Emma, Matthew, and I reach our fundraising goal.

Thank you for supporting Emma and the Histiocytosis Association.